Some people believe coffee harms their health. But a single cup of good, pure, fair-trade or organic coffee may have many benefits for your health, including supporting a healthy weight, lowering the risk of diabetes, helping with depression, and much more. Despite its widespread popularity, there is a great deal of research going on because of coffee’s many health benefits which happen to make up a significant percentage of humans’ daily caloric intake. From curing a headache to improving athletic performance, coffee is a must-have drink in a healthy diet. So let’s take a look at them to better understand how it works.

1. Coffee Lower Your Risk of Alzheimer

The CDC and other organizations list the risk of developing Alzheimer’s like at least a 5% lifetime risk for those aged 65 and above, but this risk can be far higher in some populations. A study A study in the International Journal of Epidemiology found that people who drink one or two cups of coffee per day have a 40% reduction in their risk of developing Alzheimer’s disease.

Conversely, a 2011 study published in the journal Clinical Epidemiology found a 32% reduction in the risk of Alzheimer’s in those who drink between one and four cups of coffee per day. The researchers noted that only mild increases in blood caffeine levels were needed for the benefits to occur. Coffee appears to have brain benefits for both its immediate and delayed effects.

2. Coffee May Lower Your Risk of Dementia

For as long as humans have been drinking coffee, they have heard the warnings: coffee contains caffeine which can elevate your heart rate, and caffeine can cause hypertension (high blood pressure) and heart problems. While this may be true, some people believe that it may also reduce your risk of dementia and other forms of dementia.

A study published in 2013 looked at more than 700,000 people in seven countries and found that those who consumed three or more cups of coffee per day were less likely to develop dementia. Moreover, it’s not limited to coffee. Among the 70 types of caffeinated drinks analyzed, coffee was found to be linked with the lowest risk for dementia.

In a recent study, 12 healthy men and women in their 60s and 70s received either coffee or a placebo beverage, then played a word-recall memory game. Both groups had around the same amount of caffeine, but coffee appeared to improve the participants’ memories of the new words, though to a lesser degree.

According to one study, drinking four cups of coffee per day may make people happier. The amount of caffeine in a cup of coffee can directly affect your mood. Consuming too much can be detrimental to your well-being. A little caffeine, like two cups of coffee, may even decrease feelings of loneliness. Caffeine improves circulation, which in turn boosts your energy. Studies have found that caffeine triggers a brain chemical that enhances or the experience of happiness. According to a study published in the journal Neuropsychopharmacology, the rush of endorphins from caffeine “transcends” your normal. Dr Bill Lidster, of the University of Colorado, said, “The more caffeine you drink, the more intense the ‘feel-good’ experience.

Coffee drinking can help relieve anxiety due to several reasons. For one, caffeine is a natural stimulant and can help you stay alert and reduce feelings of anxiety and depression. This may sound a little counterintuitive since you’re essentially drinking something that will make you feel that way.

The benefits aren’t just from caffeine, though. Studies have found that drinking coffee may improve the physical and emotional symptoms of anxiety. You may feel more alert after your first cup and may want more, but caffeine can be quite addictive and you should try to stick to no more than two or three cups a day.

6. Coffee May Help You Stay Slim

According to a study published in the journal Nutrients, drinking coffee is linked to a lower BMI. What makes this study so interesting is that researchers split the adults they followed in a weight-loss study into two groups. The first group had to drink 8-10 cups of coffee per day and the second had to drink no coffee at all. After six months, the coffee drinkers had lost less weight than the non-coffee drinkers.

Researchers think the high concentration of caffeine in coffee could contribute to weight loss. Studies have shown that caffeine stimulates the production of insulin which increases the effectiveness of the insulin pump which helps with blood sugar control.

7. Coffee May Help You Stay Healthy

Some of the best known benefits of coffee are associated with its caffeine content. Caffeine is a potent natural brain stimulant and may help boost endurance and endurance performance. 8. Coffee May our Risk of Liver Disease

“Most studies do not conclude that coffee causes liver cancer, but this should not cause concern if it is consumed in moderation.” The first scientific evidence for coffee being linked to liver disease came from a study published in the Journal of Hepatology in 2006, titled “The Consumption of Coffee and Ischemic Heart Disease: A Prospective Study in Two Midwestern U.S. Hospitals.”

Arthritis and fatigue may often be the result of a malfunction in the nervous system that prevents the body from responding appropriately to signals that it is receiving from the body.

Studies suggest that coffee, which increases blood flow and triggers the release of feel-good neurotransmitters, may help reverse some of this. One study, which followed 914 healthy adults for 14 years, found that those who consumed moderate amounts of coffee (between 2 and 4 cups a day) were 30 percent less likely to suffer from arthritis and 43 percent less likely to develop diabetes, compared to those who did not drink coffee.

A second study from Taiwan showed that moderate coffee consumption (3 to 4 cups a day) lowered the risk of metabolic syndrome in middle-aged people.

An old rumor is that caffeine keeps you young. But an even older rumor is that coffee helps with aging. Many studies show that coffee drinkers are generally less likely to have cardiovascular disease, sleep apnea, liver disease, kidney disease, depression, diabetes, cancer, and a number of other conditions.

In fact, a Swedish study found coffee to reduce death from heart disease and to delay the onset of chronic disease. Other studies suggest a correlation between coffee consumption and lower risks for several kinds of cancer.

Coffee may support losing weight in following way;
Lowers the number of calories consumed
Coffee contains many nutrients that may help make it lower in calories. A single cup of fair-trade or organic coffee, for example, contains around 300 to 400 calories, and has the following ingredients: 12. Coffee is Good for Your Heart

Coffee is loaded with numerous antioxidants and flavonoids, which are chemical compounds that are naturally occurring. While there is much confusion about coffee’s benefits, these substances are thought to prevent and lower the risk of heart disease.

One study analyzed nearly 35,000 individuals and determined that people who drank moderate amounts of caffeinated coffee had lower mortality rates from heart disease and other cardiovascular problems. This research was published in the July 1, 2016 issue of the European Heart Journal.

This report discusses the coffee’s ability to lower blood pressure, and studies indicate that coffee may help lower cholesterol and blood pressure.

Our feelings affect our physical and mental health , so having a healthy outlook can go a long way toward improving your physical well-being. For example, in a 2016 meta-analysis published in Nature, researchers found that “coffee drinking can help individuals to avoid depression.” It’s for this reason that so many studies have been conducted, with varying results, in recent years looking at the impact of coffee on depression.

In one recent study from Sweden, over 180,000 people were compared to more than half a million people who had never drunk coffee. They found that coffee drinkers were 30% less likely to develop depression. Another study in Canada, in which more than 38,000 people were studied, found that those who drank a cup of coffee each day were 10% less likely to develop depression.

Diabetes is a serious health condition with devastating complications, and while it is strongly linked to the foods and drinks we eat, particularly excess fat, sugar, and saturated fat, it can be prevented through healthy lifestyle changes. One such benefit of drinking coffee is a reduced risk of type 2 diabetes, especially in men.

A study published in the American Journal of Clinical Nutrition showed that drinking coffee at least four times a week reduced the risk of type 2 diabetes by 31%. Low-fat coffee was shown to reduce the risk of diabetes by 33% in participants who drank at least six cups per day. Dark roast coffee, a healthier choice than light roast, was associated with a 26% reduced risk.

Coffee makes you feel good because of its caffeine content. But its effects don’t stop there: it has been shown to speed up the rate at which you digest food, help in the movement of food through the digestive system, and even reduce heartburn.

The coffee bean is also loaded with numerous beneficial enzymes and resveratrol, a natural chemical which helps to boost antioxidant levels. Resveratrol also contributes to healthy cholesterol levels and blood pressure, both of which coffee can help to improve.

Ans. Coffee is good for your health but it may be problematic if you consume in excess amount. It may cause early death if you consume it unfiltered.
Caffeine if highly consume may cause many problems for you.

2. What actually coffee does with your body?

Ans. Coffee contain caffein, which act as stimulator for your central nervous system (CNS). Most important feature of it is alertness when you consume it.

Ans. Yes Coffee is better than tea because it contain antioxidans which are incredibly higher than tea.

4. Is coffee good for your skin?

Ans. Coffee stimulates blood flow so reduces the acne and stretch all marks. As it is rich in antioxidants that removes dead cell and impurities making smooth and bright skin.

5. What are disadvantages of Coffee ?

6. Does coffee has added benefits for exercise?

Ans. Regular coffee consumption has been shown to improve athletic performance. In one study, athletes who drank two cups of coffee per day performed better than those who did not. 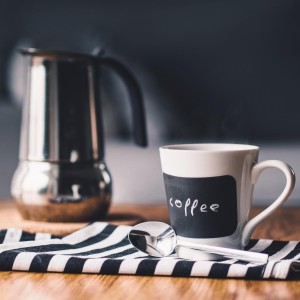 15 Best Coffee Syrups To Try If You Are A Coffee Lover!